Presentation of the case of the head of a UN environmental program who fails to adapt to the Mexican way of life and working style.

I will describe a cross-cultural encounter in which I was an observer for almost two years. This extended “critical incident” took place in Mexico City, where I had my last job at the United Nations Environmental Programme before coming to study in Switzerland. The people involved in this long-suffered story are mainly my former boss, Mr. Griffith, (I work for him as his assistant) and colleagues from different nationalities such as a Cuban Regional Director, high officers from Chile, Panama, Uruguay, Japan, Great Britain, and of course Mexico.

Mr. Griffith came from a Caribbean-English style background and had lived in Nairobi, Kenya working at the headquarters for the same United Nations Environment Programme for more than seven years. Unexpectedly, he was appointed to accomplish a mission in Mexico City for a smaller branch office in the Latin America region without knowing a single word of Spanish, and was pulled out from his usual English way of living and thinking, and driven to a Latin American environment wholly unknown and unusual for him.

So, this cross-cultural encounter had two immediate repercussions at the personal level for Mr. Griffith but mostly at the operative and managerial level. At this last level, even though the whole United Nations system is supposed to be organized with the same rules and manuals around the world (I was aware that every local office refines the model system according to their local office logistics), it was very difficult for Mr. Griffith to understand and adapt to this local culture where the organization operates. The most critical aspect for him was the fact to understand the easy-going Latin personality and moreover the concept of time. It is also important to mention that he had two deal with different forces or mentalities such as the one from the Cuban Director, resembling a more dictatorial managerial style; then the one from the officers at his same level with a more American or Latin American way of thinking, together with a very bureaucratic administration.

Mr. Griffith’s responsibilities were mainly to develop, implement and finance environmental projects for the Latin American and Caribbean countries. But frequently, his work was blocked by this bureaucratic administration. Things were not as smooth as working directly in the headquarters. He felt committed to the countries to fulfill their demands, but he was not able anymore to assist them as he did in his former office while working with nations from other regions. The same happened with his colleagues; he would expect to have a faster input from them when asking for advice on certain shared issues. But at the same time, it was challenging for him to assimilate his sudden change of office, he was not willing to adapt to the other’s colleagues way of working, and wanted to keep the same rules and conditions defined in the organization and management of his former office.

He never felt integrated into the staff community at the social level, but he did not make an effort to become part of it, as the other international colleagues were already adapted in a Mexican environment. He kept on comparing and criticising our culture creating an uncomfortable environment not only for national but also for global staff, sometimes showing some ethnocentric characteristics.

He was not interested in building any social or professional relations, so this behavior created a hostile situation among the colleagues and had immediate repercussions in his everyday work as he did not feel the necessary support he needed from his colleagues in shared activities or projects. It was difficult for him to approach his colleagues to ask for their comments and advises.

Specifically, at the cultural level, he made the great mistake of not learning Spanish, even though Spanish lessons were paid for him, he was never interested in this local language or the Mexican culture. So he always depended on translations or interpretation for the meetings. It seemed like he did not want to be introduced or exposed to a new culture, and was afraid of this  “foreignness.”  In everyday life, he lost small but meaningful discussions or comments from his colleagues whenever  English was not spoken.

As it can be seen, this cross-cultural encounter does not describe a specific situation, but clearly, depicts a complex and problematic work situation due to cultural shock reasons.

According to what I saw in two years of working together with Mr. Griffith, I can say that his Latin American experience has been almost like a nightmare for him, but unfortunately, I consider that he was unable to use cultural diversity as a competitive tool for his international working experience.

Finally, I consider that in order to successfully interact with a foreign culture in the business world or as in this case with an international organization dealing with a multicultural staff; one should be aware of being critical enough to understand and analyze the similarities and differences between cultures which are hidden or difficult to visualise at first sight. Then, this knowledge could also be used to feel more comfortable by understanding the behaviors of the foreign partner, and at the same time showing respect for the host society could also create a solid basis for the beginning of effective intercultural communication. 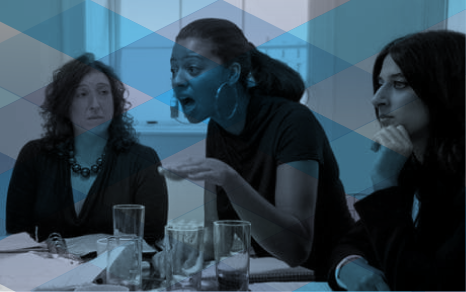