Yes is not the Answer - CS EN

Analysis of misunderstandings in the case of a collaboration between Swiss and Philippians.

Some years ago I went to the Philippine to organise an International meeting. The people responsible for the organisation were 4 Europeans (from Italy and Switzerland). We worked together with some people coming from Manila. At the international meeting approx. 300 people arrived from all the continents. We had a meeting point with the local members of the staff. We look together at the programme of the meeting, and we organised some logistical aspects (we previously had another meeting). After that, each one of us left the session with something to do. The staff from Philippine had something to prepare for the following day. During the session, they were very kind and always answered „yes“ to our entire questions (they smiled all the time).

The following day, we waited for the Philippinian‘s staff and their works. They came but they had not prepared their part of work. We could not understand. So we repeated to them, another time, all the details, and we asked them to bring us the work (what they had to do) in the afternoon. Unfortunately, in the afternoon the Philippinian came but, another time, they had not prepared the job. It was strange, and some of us became nervous. What happened to this people? They look very kind but they did „nothing“ at all? They answered „yes“ but they brought us nothing!

The day after we had a meeting with them. We said very kindly that it was impossible to work and to advance in the meeting without their local help! The meeting, 300 hundred people, needed this Philippinian‘s staff to be efficient! But they were not! We brought them some examples: when we needed a computer and we asked for it „as quickly as possible“, they answered „yes“ but the day after we were always waiting for the same computer!

2)  Interpretation of the incident

During this meeting, there was a typical tension between the Italian-Swiss organiser (we) and these people (they). We found „strange“ this answer and they found strange our being nervous. It was logical for us to receive what we had requested. It was not logical for them. We found this Philippinian‘s staff very unprofessional people, they found us very nervous people.

We discussed all these problems. It was very interesting to understand that „yes“ was a certain type of kind answer (as for ok), but it did not mean „ok I will do it“ and „I do it now“ or „I have it“.

Another problem that we discussed was about „time“. They took their time and were never on time; they did all things without stress. We understood that this was their style of life, not our. So we had to change the timing, the appointments (fewer meetings during the day). We had to change the breaks (longer than before). Working together and changing our idea, day after day, we discovered that they were very creative people, but they needed time to stay and to speak with us.

Taking a long break sometimes it was an occasion to solve a problem, to discuss an idea, to find a solution. It was a different way to managing a meeting like that.

The tension between we and them was managed by our boss. The result was an innovative style to manage a meeting like that (already organised by us in Europe). Each day we had problems but at the same time, we learned to understand each other not as „logical“ vs. „illogical“ people, but as people with two different ways or styles of life, trying to work together. The tension was positively managed. 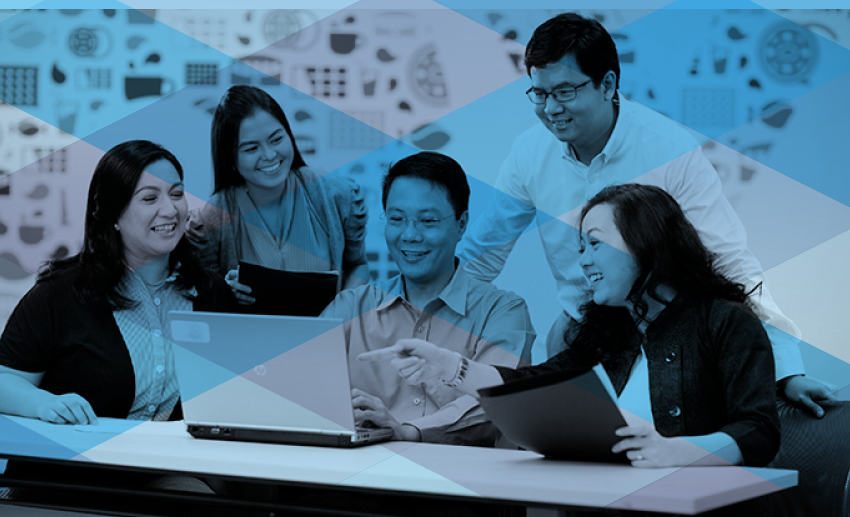