Fasting the Month of Ramadan at the Workplace - CS EN

The author draws attention to the possible issues and conflictual situation raised by the fasting practice of Ramadan in a professional environment.

Inter-religious dialogue has become more and more crucial nowadays, however it remains very complicated. The last century has been filled with positive intercultural exchange and inter-religious interactions in many countries but many conflicts and genocides occurred in the name of religion. As it is often seen, these numerous interactions provoke tension on different levels. It is the responsibility of the intercultural communicator, who is aware of the influence of religion on culture, to secure that the tension is not transformed into conflict.

Since that the month of Ramadan is approaching, I decided to discuss this concrete example of a possible inter-religious conflict that may arise at the workplace. This tension would be one of the above-mentioned ones (the tension that is created between the behaviour expected of a believer by a certain religion and the social behaviour expected in a group or in a community). Ramadan month is considered to be the holiest month. Actually, Muslims abstain from food, water, smoke, and anything else that enter into the body.

There are other actions as well that are considered strictly forbidden (even during other months), while fasting including lying, insulting, gossiping about someone behind his/her back, greed or jealousy. Muslims break their fasting at sunset. After sunset, they are then able to drink and eat without limitation (sunset is around 5 p.m. during the winter and 9 p.m. during the summer). In addition to fasting, Muslims will also allocate more time for spiritual activities including a special prayer called Taraweeh which is performed within a group at a mosque at night. The prayer can stay between one to three hours.

One of the most important interreligious problems that employers often face with their Muslim employees is the month of Ramadan. In light of what was just mentioned earlier, I have a concrete example of my friend, Tarek El Masry, who was working as junior Sales manager during 2002 (one year contract) in a medium company specialised in video games, based in Paris. His working hours was from 9 a.m. until 7 p.m. For Tarek, practising Ramadan implied several challenges. First, he would abstain from his lunch break. At the beginning, there was no problem with this since he used to work during his usual break. However, the problem arose when he asked his manager if he can possibly finish work earlier since he doesn’t take his one-hour daily break. The manager refused absolutely judging this as unfair for the other employees and seeing that the employees should accommodate themselves to the working hours of the company, regardless of their personal obligations. The other problem was business lunch where important matters would be discussed with important clients of the company. Tarek couldn’t attend one of them which was planned during Ramadan. The manager understood his situation and asked another employee to attend on his behalf.

In addition to this, Tarek would also need to interrupt his work to perform at least three of the five daily prayers which constitute an essential pillar of Islam. Those three prayers (Dhuhr Asr and Maghreb – noon, afternoon and sunset prayers) may take up to five minutes each. He would also need a personal space to perform it. He was allowed to pray and was actually given a small unused room to perform his prayers in it. But if he was attending meetings or presentations, he couldn’t leave them knowing that they may take up to two consecutive hours.

At sunset (which was around 5 p.m. at that time), Tarek would break his fasting and eat a quick snack until finishing work and going home to eat his first meal of the day. Sometimes praying the last prayer of the day and Taraweeh prayers, perceived as very important during Ramadan (approximately two hours after sunset) was also challenging for Tarek since he would be asked to stay late at work to launch a new product.

Moreover, greetings should also be considered as an issue to be looked at since Muslims should avoid physical contact while fasting. Tarek would feel uncomfortable while greeting the opposite sex when it was kissing on the cheeks. When he explained that he should not greet that way, his female colleagues would get surprised and embarrassed sometimes. At the end of Ramadan, Tarek asked for one day off for the “eid” – the day where Muslims celebrate the end of the holy month.

The relation between him and his manager was becoming tense since they never discussed the issue of Ramadan and its implications for both sides. The manager was bored with Tarek “excuses” for asking not to do certain things. It is only towards the end of the month, that my friend decided to openly discuss with his manager to explain to him how this month was important for the Muslim community. The manager showed understanding while listening to his employee but he was still convinced that it was “abnormal” for the company to re-schedule Tarek’s working hours and to assign some of the tasks supposed to be done by Tarek to other colleagues because of the timing and the nature of the task (business lunch for e.g.,). When I asked Tarek about his feelings and thoughts concerning this issue, the first thing that he said was “they can’t understand us, we simply refer to two different cultural backgrounds”. He was aware that both of them were referring to two different cultural (including religious) configurations.

Concerning the values at stake for the employer, it would include several aspects. By allowing Tarek to leave work earlier, the employer may be accused of unfairness towards other employees who would leave at the usual time. In addition to this, replacing Tarek by another employee during business lunch and late work may raise the issue of decreased productivity of Tarek and here again a feeling of discrimination from other employees. At the same time, for Tarek, fasting Ramadan is part of his religious duties which actually constitute part of his life, making it an important issue for his inner comfort. Stopping practising Ramadan during work would be almost impossible for Tarek. In another would, he has to choose between his job or one of the five pillars of his religion.

So as a mediator, I would say that it would be essential for both sides to engage in a dialogue. The mediator in this context can be the Human Resources department seeking the interest of the company as well as of the employees. The HR department should explain to managers that they should into consideration that diverse employees may have different cultural backgrounds which should be accepted in a more globalised world. Seminars and presentation can be organised to understand the necessity of intercultural understanding at work.

According to Professor Monceri, to engage in a inter-cultural dialogue, some basic skills are needed for intercultural communicator including interest in alternate worldviews, ability to individuate (one’s own) value-judgments, ability to distinguish between understanding and acceptance, ability to overcome inner discomfort, disposability to change one’s own value- system, ability to accept a ‘refusal’ and empathy. As a matter of fact, an effort is required from both parties. The employer should understand that working with people coming from different cultural and religious background is something inevitable nowadays. He should respectfully seek information from their culturally and religiously observant employees about timings of major events and festivals.

With advance notice of such dates, arrangements for work schedule and annual leaves for celebration can be made without leading to serious disruption in the workplace.3 it would be important for the employer to take into considerations several aspects if they want to avoid embarrassments with Muslim employees practicing Ramadan: design a schedule for Ramadan beforehand, ensure that all staff are aware of what fasting entails, avoid placing food and drink next to someone who is fasting, try and avoid ‘working lunches’ , allow Muslims to take a 10 minutes break at sunset to break their fasting and pray, see the possibility of according work lunch breaks in return for an earlier finish, arrange for some meals to be saved for people fasting, do not expect people to commit to evening functions and be prepared for people to take between 1-3 days holiday at the end of Ramadan.

For Muslim employees, it would be also important to plan for Ramadan in advance, i.e. informing their managers and colleagues with whom they work a lot of the arrival of Ramadan to prepare a work plan taking into consideration their schedule and days where they would be absent. Some Muslims would also keep their annual vacation to take it for Ramadan, which can be easily practised at home.

Finally, is undeniable the fact that Muslim workforce will keep increasing and that some steps need to be taken in order to achieve a common agreement regarding the Ramadan holy days in organisations. Intercultural understanding can be accomplished when companies add their respect, tolerance and comprehension as part of their everyday lives. 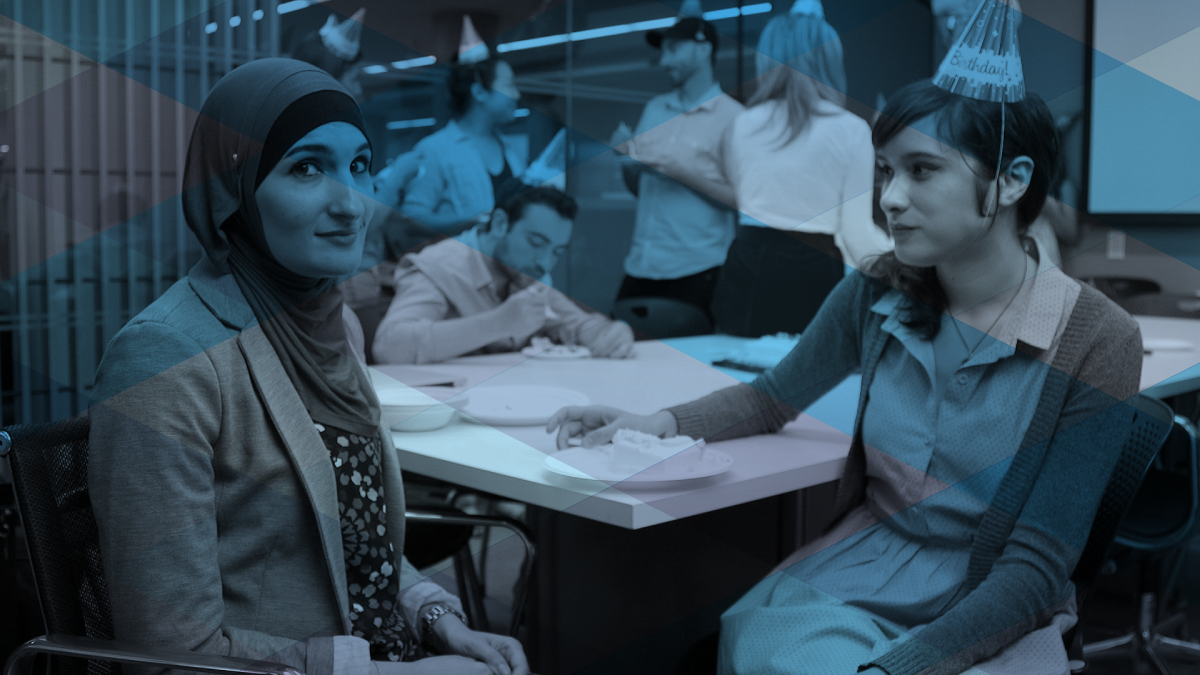